Clan MacNicol was present for the commemoration of Gov. Macquarie’s birthday at Government House Sydney on 31 January 2007.

Following a march from Hyde Park barracks along Macquarie Street to NSW Parliament House where the parade was greeted by The Hon. John Aquilina Speaker in the House, floral tributes were laid at the statue of Gov. Macquarie.

Dinner at the Macquarie Hotel followed the ceremony. 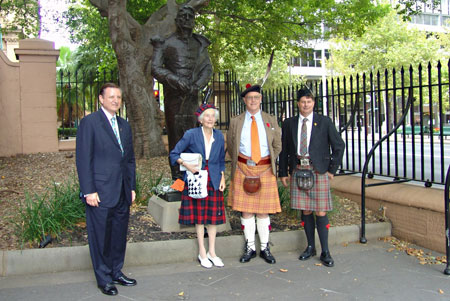