It was not mist that descended on Bundanoon but rain. No-one was disappointed to see rain or complained about it. However, it did make the going wet under foot, difficult for the large crowd to get around on the day, a disaster for the Scotty and Cairn terriers not to mention the dancers, but the valiant bandsmen played on, and a good day was had by all.

The Clan MacNicol tent was drenched but very well visited by over 25 members and guests. Isla, our cover-girl from last year, visited in nice clean white tights, until she discovered that she enjoyed playing in the mud! That’s how long it’s been since there has been much rain around. 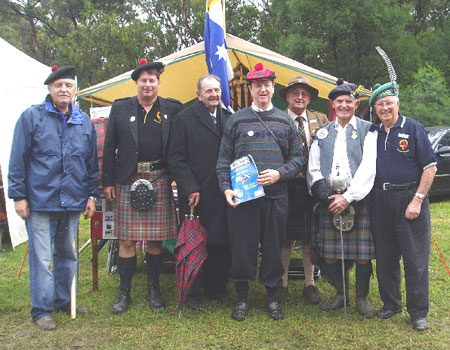 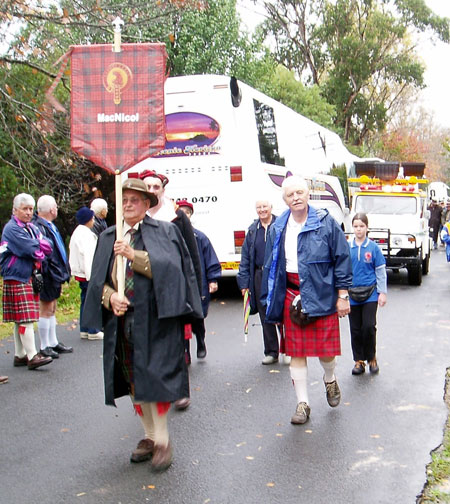