At the Glen Innes Celtic Festival 2007, his Chief, John MacNeacail of MacNeacail and Scorrybreac presented Mal Nicolson to the assembled gathering as a lieutenant to the Chief.

A delegation from Sydney, consisting mainly of the family of Ross and Zelma Nicolson, plus some new members gained at Glen Innes, participated in the Clans march through the streets, set in wonderful warm autumn weather.

Katrina Nicolson drove her big yellow HSV R8 to Glen Innes and was presented with Clan key-ring to match by the Chief and Jenni. 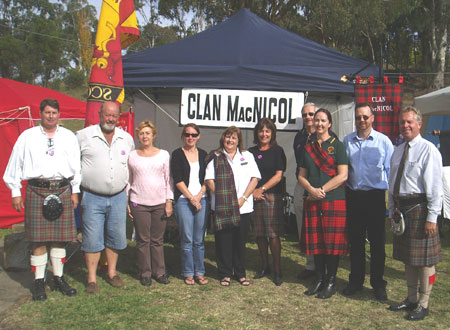 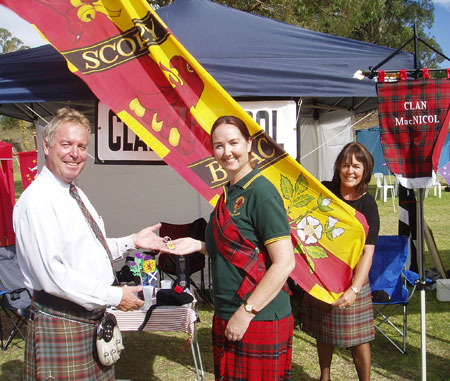 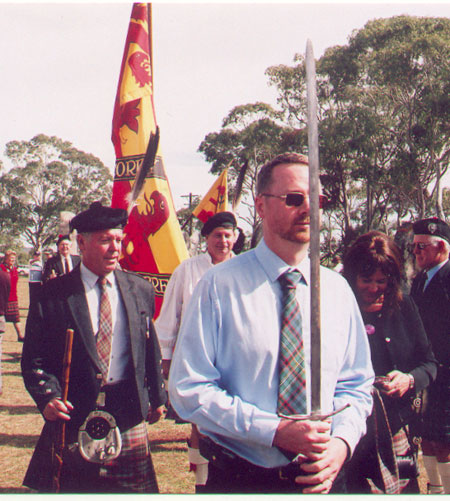 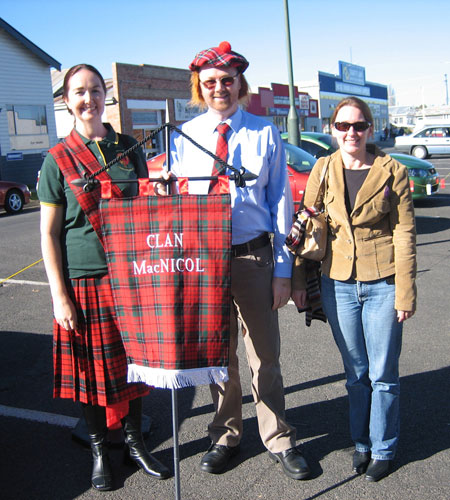 Katrina, Andrew and Beryl Nicolson ready for the March
< Prev Next >