Friday 25 November to Sunday 4 December 2005 was Scottish Week in Sydney (a baker's dozen sort of a week! 9 days!)

The week saw a visit from our Chief John MacNeacail of MacNeacail and Scorrybreac, and his lovely wife Jenni, who were   honoured guests at the Grand Scottish Ball and many other functions. 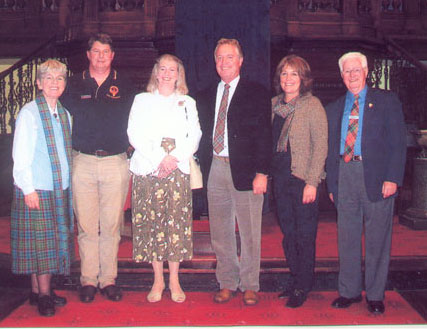 John MacNeacail of MacNeacail and Scorrybreac was also one of two Chiefs (Peter Lamont) reviewing the parade of Armigers and Tartans at Martin Place, followed by the Official Luncheon at Parliament House.

The Gathering in Hyde Park was the conclusion of Scottish Week and saw many families visiting. Clan MacNicol had calls from Band members and even visitors from Scotland. 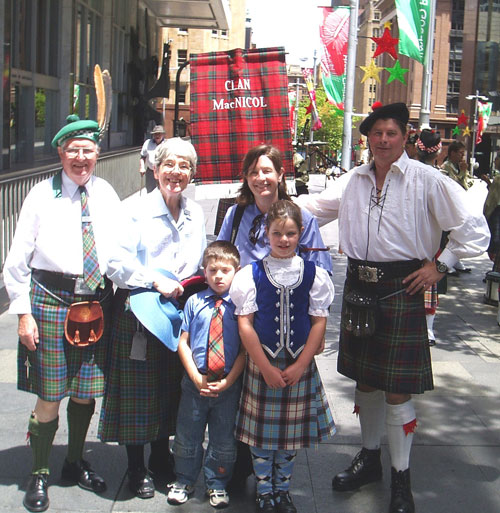 ABOVE: John and Penny Nicoll with their daughter Sheona and grandchildren Brady and Jordan getting ready for the march, with Mal Nicolson holding the banner.
< Prev