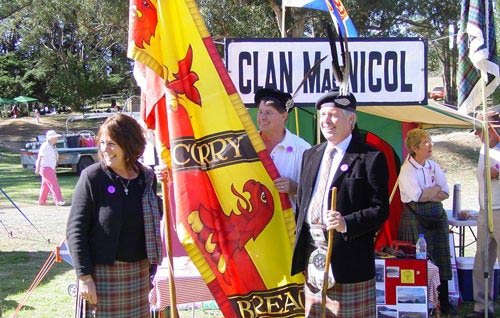 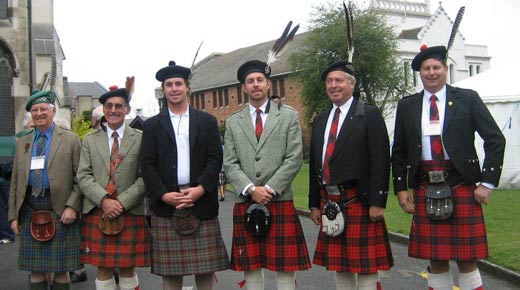 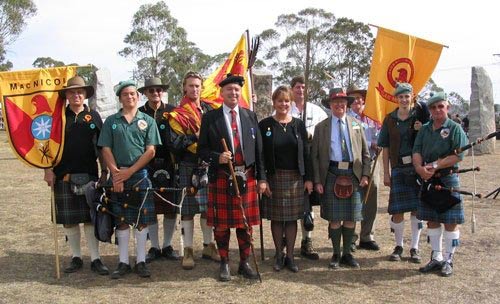 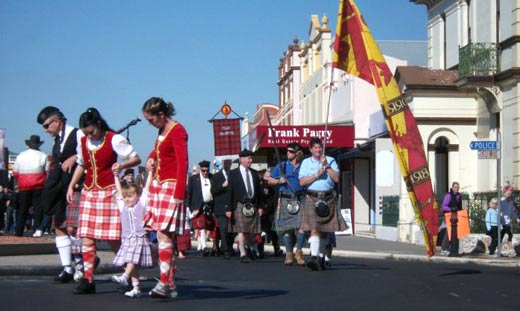 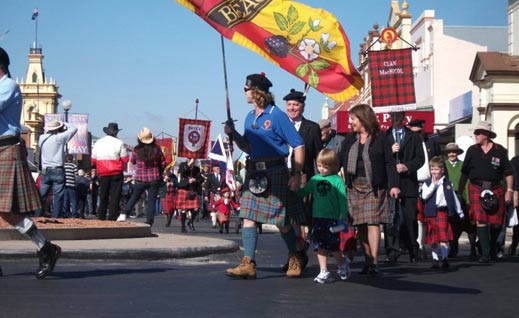 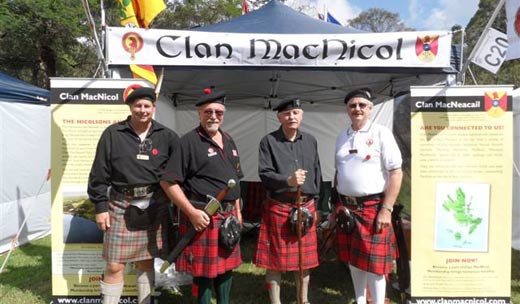 2014 is the year chosen by the Clan to return to Scotland and our ancestral territory on the Isle of Skye. The event was shifted to 2014 from 2012 to try and align our event with the 2014 Gathering of the Clans on the battlefield in Bannockburn.  A re-enactment of the battle is scheduled for 28-30 June, and Clan MacNicol will be represented at the Clan Centre.  The Standing Council of Chiefs Newsletter discusses the grassroots efforts to make the event a success.

Our Chief and Clan leadership are finalizing dates and events for the 2014 Clan Gathering. While gatherings in the past have been exclusive to the Clan Lands on Skye, the 2014 gathering will entail visits to three locations: the Bannockburn Battle Field, Balvenie Castle in Dufftown and finally the lands of Scorrybreac on the Isle of Skye.  The Chief has asked the younger members of Clan MacNicol to plan the events in Scotland, and they have established a Facebook page called Young MacNeacail 2014.

Although final plans are still being confirmed, Clan members can begin to consider their travel plans based on this preliminary schedule (subject to change):

26-27 June or prior:  Members travel to Scotland

Information concerning accommodations and Clan activities will be published as information is made available.